In 2012 I spent some time in India photographing the people on the streets of Jodhpur in Rajhastan. The idea was to try and capture some of the traditional elements of daily life and how they are being affected by modernity. This ancient majestic city is starting to crumble beneath the all too familiar polluting pressures of cars, motorbikes and plastic and yet there is still the strong presence of the heart and soul of India.....its people. I have shot the scenes in multiple frames and stitched them together in post production to create a panoramic format as a way of bringing the viewer into the scene. I have also included people looking straight into the camera to convey the sense of being watched. 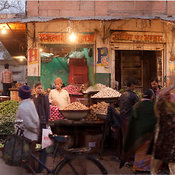 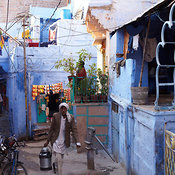 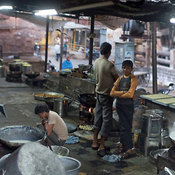 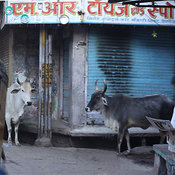 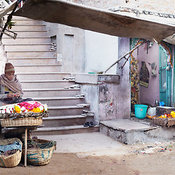 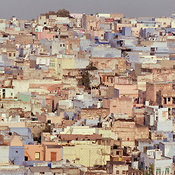 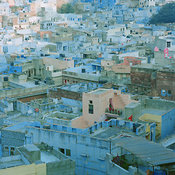 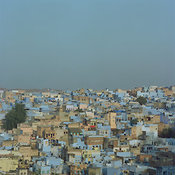